Business Name:
Paul’s Pizza & Hot Dog
Short Business Description:
We are proud to serve you the finest in fast food and Italian Cuisine. Our food is made with only the freshest vegetables, cheeses, and top quality meats available. Our pasta and sauces are homemade and have been enjoyed by Westchester residents as well as the surrounding suburbs for the past 30 years. Please come and visit us for your next lunch or dinner meal and join our family of satisfied customers. We look forward to serving you soon!
Business Website Address:
http://www.pauls-pizza.com
Business Phone Number:
708-531-9080 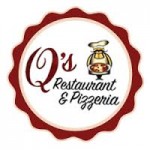 Business Name:
Bear Family McDonald’s
Short Business Description:
ABOUT BEAR FAMILY RESTAURANTS
Fifty years ago, Jerry and Marcelle Bear purchased the Larkin Avenue restaurant from McDonald’s Corporation. Nothing more than a walk-up window with seating for four, they managed the restaurant themselves with only 18 employees on staff. McDonald’s biggest selling and most successful sandwich, the Big Mac®, did not yet exist. The year was 1967, and the Golden Arches stood out across the street from Larkin High School as the only neighbor.

In those early days, sales were so low it necessitated that Jerry and Marcelle Bear scheduled themselves to work positions such as taking orders at the front counter, making McDonald’s world famous french fries, and grilling hamburgers in the kitchen. As sales grew, it was not uncommon to see either one of them on a ladder changing the numbers on the “Over ____ Million Served” roadway sign.

Through hard work, unwavering determination, and a commitment to their community, sales started to increase. Two years later, in 1969, Jerry and Marcelle Bear purchased their second McDonald’s franchise on Summit Street. In order to build the market, the Bear’s absorbed themselves in the Elgin community. They served on virtually every non-profit board, were active in the PTO’s, engaged with the spiritual community and actively participated in the Chamber of Commerce activities. It would be nine years before they acquired another restaurant. Then in 1978, they opened the Streamwood McDonald’s. Three years short of another decade, Jerry and Marcelle Bear built and opened a brand new McDonald’s in Evanston, at the Orrington Hotel. (With the significant change in the economic climate in Evanston, and after 18.5 years in operation, the Bear Family made its final sale at the Evanston Restaurant on October 31, 2003.) During the 90’s decade, the Bear Family built and opened five brand new McDonald’s restaurants throughout the greater Elgin area.

Marc and David Bear, born and raised in the McDonald’s system, were mixing shakes at five years of age at the Larkin Avenue. restaurant. As teens, they worked the cash registers and cooked hamburgers on the grills. Although the boys spent many hours in the restaurants and Jerry and Marcelle were very supportive of growing the family into the business, neither Marc nor David ever intended on making a career for themselves with McDonald’s. Marc Bear graduated from Kent Law School as a Real Estate Lawyer and managed a private practice for many years. David, initially had his mind set on a career in medicine. He changed that pursuit and graduated from Northwestern in 1990 with a Bachelor of the Arts Degree, majoring in Economics. After a long conversation with his parents, David decided to forego an opportunity in the investment banking industry and join his parents in the family business.

In 2016, after 49 years of leading the organization, Jerry and Marcelle decided to hang up their spatulas. Presently, Marc and David are operating the family business each owning and operating their own restaurants. Collectively, the Bear Family currently own and operate twenty-four McDonald’s franchises and employ over 1,200 people in the following communities: Elgin, South Elgin, Streamwood, Hoffman Estates, Barrington, Lombard, Bloomingdale, Westchester, La Grange, Elk Grove Village, Schiller Park, Norridge, Mount Prospect, McHenry and Sugar Grove.

The Bear Family is committed to being a socially responsible and engaged member of every community that their restaurants serve. They host dozens of McTeacher nights, provide tens of thousands of dollars back to their local social service agencies and contribute hundreds of hours of volunteer time each year. They are the recipients of multiple awards for community service including the 2013 Illinois Family Business of the Year for Community Service.

The Family has a mission to Impress Every Guest. When people visit a Bear Family McDonald’s Restaurant they will experience a difference by always being greeted with a smile, being treated with respect and feeling a genuine sense of appreciation. That first year at Larkin the Bear Family served 160,000 meals. By the end of 2017, nearly eleven million meals will be served.